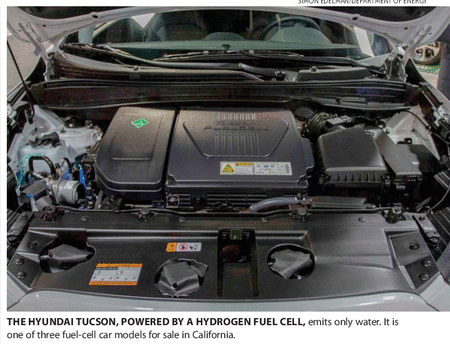 15 October 2017.  The pros and cons of hydrogen-powered cars and trucks have been discussed over the years, so I’m mostly refreshing the discussion, in light of recent news – e.g., in the September 2017 issue of Physics Today is an article entitled “Hydrogen-powered vehicles: A chicken and egg problem.”  Yes, any new technology needs infrastructure to spread and thrive, and insfrastructure goes to a thriving technology.  A delicate balance of hope and hard-headed pragmatism allows growth to start.  Hydrogen-powered vehicles, or HPVs, are now for sale in California.  The Physics Today article reviews the technological challenges and advances, particularly in catalyst formulations.

In that article is a look under the hood of a Hyundai HPV: 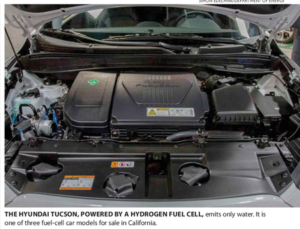 What are the pros and cons of HPVs?

Battery-powered vehicles, a la Tesla, are more promising, for efficiency, adaptability to current infrastructure, and cost.  They have a different set of pros and cons, including the possibly limited supply of battery materials.  More on that, elsewhere.

15 October 2017.  “Wisconsin enters into an unequal treaty with Foxconn.”  That’s the title of an incisive column by Prof. Chris Erickson of New Mexico State University in the Las Cruces Bulletin of today’s date.  In brief, Wisconsin governor Scott Walker, controversial for many actions already, signed into law a raft of concessions for the Taiwanese company Foxconn to make flat-screen TVs in Racine County.  The concessions include exemption from environmental protection laws (how do they get around the federal laws?  Well, ask the Trump administration), exemption from lawsuits (automatic stay, subject to appeal), and a $2.85 billion offset in taxes, which is three times the state’s annual education budget.  Chris types this deal as China (in a sense) forcing (in a much truer sense) an economically disadvantageous “treaty,” the reverse of the treaties forced on China after the Boxer Rebellion and the Opium Wars.

Here’s where math and technology come in.  The math: payback for Wisconsin via added payroll taxes and such is estimated to take 25 years.  Will the factory last that long?  Recall a number of failed schemes, on scales from tens to thousands of jobs bought, then lost.  The technology: please name me a modern technology that is still in production after 25 years.  Blackberry?  PDAs? Car phones? Sure, the plant could move to producing other items…maybe.  Plant closures and moves to other nations are the more common fate.

Gov. Walker and Wisconsin legislators: I think the education budget was misspent during your childhood, or else you would have learned critical thinking.

Other cities and states chasing new corporate investments are lining up to do just as bad deals.  Amazon is seeking to locate a second headquarters outside of Seattle, for a final employees headcount of about 50,000.  Even my home state of New Mexico is delusional about this, ignoring the lessons of corporate giveaways, of which Foxconn is an example nationally and Spaceport America  islocally, and ignoring the record of businesses not locating here because of, it seems on good evidence, lack of an educated workforce.  Not going to happen, luckily for us. 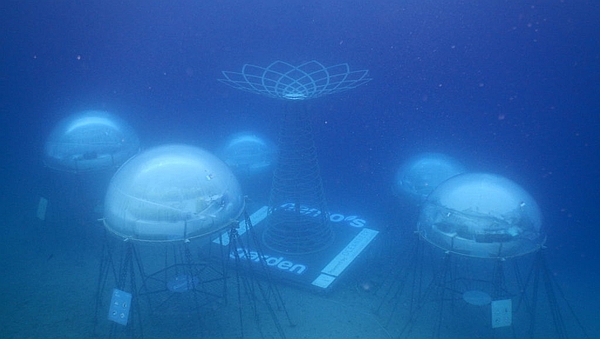 12 October 2017: comments on a proposal to farm regular food crops, such as vegetables, underwater.  It’s called Nemo’s Garden.  I give a brief analysis here.  The limitations are very daunting.  Due diligence and doing the math are both challenges. 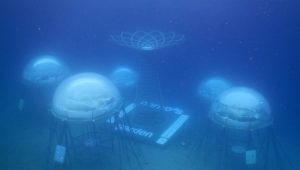 How much corn, or maize, do you eat?  You can probably count up the number of ears of corn on the cob, and maybe estimate the number of corn chips or corn tortillas you eat.  You’d likely say that you eat much more as red meat, cheese, chicken, eggs, and, I hope, vegetables, not to forget a good batch of calories in sodas and other drinks that clearly aren’t corn.  However, you need to consider where that meat, that cheese, those eggs, and those drink calories came from.  The meat and the milk came from cattle that were fed corn for most of their weight gain or much of their milk production.  Laying hens are fed mostly corn for the time that they produce eggs.  Soft drinks, the full-calorie type, are sweetened with high-fructose corn syrup.  (Ever tasted a kola nut by itself?  I did, in western Cameroon, and I unpuckered  after a few minutes.)  That corn syrup likely appears in more than half of every processed food you eat – check those labels – and in the US our diet is almost entirely processed food, short of some fresh fruits and vegetables.

There’s an interesting technique to detect the broad sources of our food, by analyzing bits of our food (or even of us, say, a fingernail clipping).  Remember, all our food comes from plants, directly or from the animals that eat it or the fungi (mushrooms) that grow on animal manure (very well sterilized).  Plants can be distinguished into two types, called C3 and C4, based on the first steps in photosynthesis.  The C4 plants are less common globally but corn, sugar cane, and sorghum are major examples.  They take up carbon dioxide from the air with a “carrier” molecule than changes into a 4-carbon acid.  This molecule gives up CO2 inside a special section of the leaf, effectively pumping up the level of available CO2 and allowing the plant to be more efficient in using water, light, and nitrogen.  Why they don’t yet dominate the globe is another story.  Now, the carbon in CO2 is overwhelmingly carbon-12, with six protons and six neutrons in its nucleus.  A small portion, about 0.37%, is as carbon-13, with 7 neutrons.  It’s stable, not radioactive.  Its compounds react a tiny bit more slowly than those of carbon-12.  So, compared to the carbon found in CO2 in the air, there’s even less carbon-13 in the sugars and the tissues made in the plant.

The C4 plants such as corn discriminate less against carbon-13 than do the C3 plants.  We can detect the amount of discrimination with extremely precise (and pretty pricey) instruments called isotope-ratio mass spectrometers.  We have one here at NMSU.  The ratio of carbon-13 to carbon-12 stays nearly unchanged when an animal eats plant matter and then uses the carbon in making its own tissues.  The same near-preservation of the ratio occurs when another animal (such as one of us) eats that animal.  When animals eat a blend of foods, this isotope ratio is a corresponding blend of the ratios in the different foods.  In short, if we measure this ratio in one of our foods, we can estimate what fraction of the food came ultimately from C4 plants and what fraction came from C3 plants.  Here in the US, we can state that the C4 food was corn; we eat little sugar cane or sorghum; Hawaii grows cane but even more marijuana, in dollar value.  To continue, Todd Dawson at the University of California, Berkeley, made such measurements of the isotope ratio.  A soft drink came out as 100% derived from corn.  A milk shake at 78%.  Chicken nuggets at 56%. Even French fries were 23 percent corn; they’re sugar-enriched.  So, if you’re a typical American, the quip is that you’re close to being a walking corn chip.

How did we get all this corn in our food chain?  How does it relate to our nutrition and our health? Those, too, are other big stories.  If you find insights on your own, please email me at vince.gutschick@gmail.com and we’ll share them in another column.

We need a big distance scale to do this, and a good one is the diameter of the earth.  How have we come to know this distance, the diameter?  The first accurate estimate may be said to be one developed by the Greek mathematician Eratosthenes of Cyrene over 2,200 years ago.  He was sure that the earth was round.  He was also sure that the sun was very far away, so that its rays came in almost exactly the same direction to every spot on earth.  He then considered how the shadow of a vertical stick would have different angles at different locations on earth.  He could calculate the angle from the height of the stick and the length of the shadow.  His next, critical insight was knowing that this shadow angle was zero (the sun was directly overhead) at modern Aswan in Egypt on the date of the summer solstice.  On the same day he measured to angle at his hometown of Alexandria, 950 km (about 500 miles) farther north.  Now he knew the angle between the vertical at those two locations, which turned out to be almost exactly 1/50 of the 360 degrees in a circle.  So, the circumference of the earth would be 50 times the distance between the cities, or very nearly 40,000 km (25,000 miles).   That makes the diameter of the earth 1/π times this, or about 12,800 km (8,000 miles).  This translation into units we use today assumes that he used as his length unit the Egyptian stadion, not the Greek stadion.

In any event, this surprisingly accurate measurement stood for a long time.   The report of his method was then corrupted in copying and the distance unit was misinterpreted by Columbus, who thought the circumference of the earth was less than 2/3 the true value.  His estimates would have put Asia close to where America really is.  Thus, Columbus stumbled on the outlying islands of America by luck, and he never really admitted that he hadn’t reached some novel part of Asia.

Back to the distance to the sun.  If we look at a celestial object – say, a planet – from sites far apart on the earth, we see it appear against different elements of the background formed by the distant stars.  That is, the planet appears to be at slightly different angles relative to the stars at the two locations. To appreciate this phenomenon of parallax, we can hold up a finger at arms length and view it with one eye closed and then the other.  We see the finger against different elements on a distant wall.  Our head plays the role of the earth, with our two eyes at different locations on it.  Back to the planet: we know the distance between our observing locations on earth, because we know the diameter of the earth and how many degrees apart these locations are on earth.  The distance to the planet is this separation on earth, divided by the amount of parallax, if we express this parallax angle in radians (360 degrees divided by π , or about 57.3 degrees).  As an example, consider a point in time when Mars is 100 million km from us.  If we view it from two places on earth that are 10,000 km apart (along the line perpendicular to the direction of Mars), the parallax angle will be 10,000/100,000,000 radians.  This is 0.0058 degrees – about 1/100th of the angle subtended by the moon from earth.  This is a small angle, but readily measured with good telescopes.

We can’t readily view the sun against the distant stars, since it blocks out the stars with its brightness, to some wide angle around its own disk.  Instead, we first measure the distance from earth to a planet.  The astronomer Cassini measured the distance to Mars using parallax in 1672.  The next step is to calculate the ratio (distance to sun) / (distance to planet).  We can do this by using geometry.  We measure the angle between the sun and a planet (an inner one, say, Venus) when the planet has reached its farthest angle away from the sun.  For a planet is a very nearly circular orbit, we then have the earth, Venus, and the sun in a right triangle.  The side of the triangle from earth to sun is the hypotenuse, and the other two sides (earth-Venus and Venus-sun) meet at a right angle.  The earth-sun distance is then the distance to Venus, divided by the cosine of the angle between Venus and the sun.

Welcome to WordPress. This is your first post. Edit or delete it, then start writing!