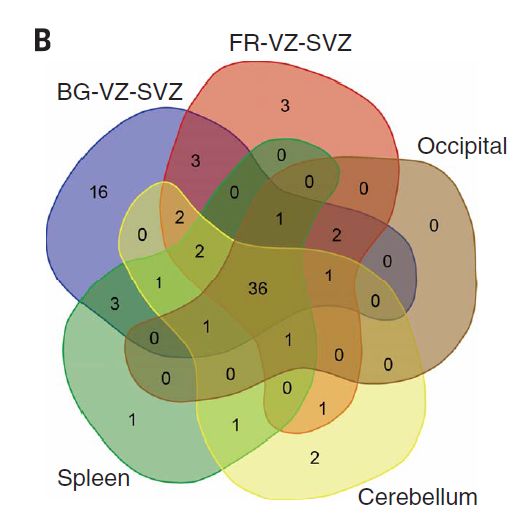 Mutations in our brains as they develop in our time as fetuses: In a very recent issue of Science (Vol. 359: 550-555; 2 Feb. 2018), authors Taejeong Bae and others reported that we accumulate a lot of genetic mutations in our individual brain cells as we develop.   They found different mutations in each cell, and 200 to 400 of them, on average, accumulating over the age of the fetus. They looked for very basic types of mutations, changes of one DNA base for a different one, termed single-nucleotide variants.  (That is, they did not look at mutations that deleted or inserted stretches of DNA.) Nearly half of the mutations occurred in parts of our DNA related to brain function (vs. other organs, though the functions overlapped). Clearly, we still function with these changes in all our neurons.  Granted, many variations in DNA bases don’t affect a protein that the cells make (the genetic code is redundant – several different sets of three bases specify the same amino acid), or, for stretches of DNA that don’t make proteins but interact with genes to regulate their degree of expression, they many not change that regulatory function much.

Still, these mutations are quite abundant – 50 times more per cell than in our adult cells of the liver, colon, and intestine, and almost 1000 times more than in our germ cells (eggs and sperm).  Of course, the latter resistance to mutation is a good thing.  While mutations that don’t disable us or kill us are the source of our evolution of function, including our oversized brains themselves, too many mutations reduce our biological fitness.

The mutations in our young, developing brains resemble those in cancers.  The authors take this to indicate that these “normal” (my word) mutations are part of the background for cancer.  They attribute the high rate of mutation to oxidative stress and to a high rate of cell division (faster is sloppier in copying DNA, then) during the stages called pregastrulation and neurogenesis.

The variations between cells that must occur remind me of quips about the UNIX and Linux operating systems – everyone comes with a different version and claims they’re all equivalent.  I wonder how non-equivalances among neurons affect how we think.

The variations also remind me of the wonder that our extremely complex bodies with so many controls to go awry (hormones, nerves, enzyme complements, basic development) almost always function well or even very well.  I have to skip over the 2/3 or so of conceptions that lead to death of the embryo – some errors are just too big.  We’re the lucky ones.