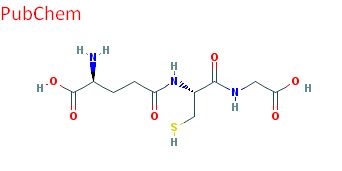 Glutathione, and other supplements purported to boost our bodies’ ability to make more of it, are touted in the March 2018 issue of the flier from Natural Grocers, here in Las Cruces.  It’s another case of looking for a magic bullet for health.  Actually, they propose a fusillade of magic bullets – turmeric, a raft of vitamins, and more.

Let’s look at glutathione, a known antioxidant, and the claims made by Natural Grocers.  First, they say that glutathione is the most abundant single molecule in our bodies, after water.  Not so!

That March 2018 issue of Natural Grocers’ sales flier also pushed eating vegetable high in nitrate.  What a twist.  Knowledgeable food experts have warned for years about the dangers of high nitrate levels, which can cause methemoglobinemia, a condition in which the iron atom in the center of the hemoglobin molecule in your red blood cells oxidized to the ferric state, which has low affinity for oxygen.  Eat red beets, turn blue?  Not really, unless you eat a lot of beets.  Note also that high nitrate in vegetables is generally a result of overuse of chemical fertilizers (nitrate itself, or ammonia that gets oxidized to nitrate in the soil), and beets (and lettuce, …) are particularly good at taking up nitrate while not reducing it to biochemically useful ammonia internally.   I’ve done a significant amount of research on the cycling of nitrogen in various forms around the globe, where the ability of different kinds of plants to reduce nitrate to ammonia that usable by the plant (e.g., to make proteins), is a rich and diverse subject. Sure, nitrate is one source for our bodies to make nitric oxide, the molecule critical for signaling among organs – in really small amounts.  Nitric oxide in large enough amounts is toxic, particularly to infants; it’s a free radical, having an unpaired electron ready to make bonds with, well, almost anything, which is not good.

You can also damage yourself with excess vitamins A, D, and B12, or even die, as a British food faddist did recently by overdosing on vitamin A (extreme liver damage).  Excess vitamin C is harmless; you just excrete the excess (and the dollars it represents).

A little knowledge is a dangerous thing. — Attributed to various commentators

Education: that which discloses to the wise and hides from the foolish how little they know. — attributed in various forms to Mark Twain